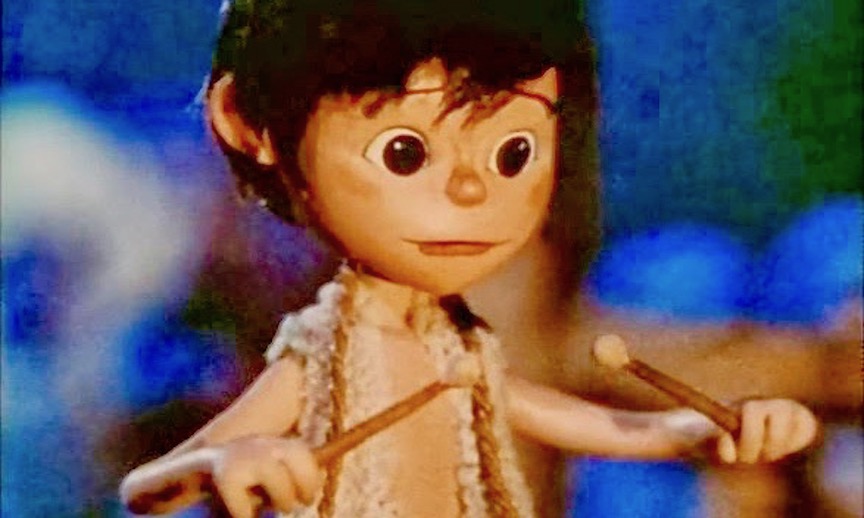 For some reason that I will never, ever, ever understand, “The Little Drummer Boy” shows up on a lot of lists of “most hated Christmas songs.”

First, I’ve just gotta say that that’s a pretty crummy list to have, no matter what you put on it.  I wonder if such list-makers are also stealing toys and food from Whoville while they’re at it.  Second — I LOVE THE LITTLE DRUMMER BOY!  It is one of my favorites.

A friend shared on Instagram this week a sign that read:  “Mary, exhausted, having finally gotten Jesus to sleep, is approached by a young man who thinks to himself: what this girl needs is a drum solo.”  That made me laugh.  When you put it like that, sure…

Since around 2000, there’s been an internet contest called “The Little Drummer Boy Challenge” in which people try to avoid hearing this tune for as long as possible between Thanksgiving and Christmas.  It’s an informal competition and appears to be fairly good-natured, anyone can join and it doesn’t require actual hatred of the song — it mostly entails avoidance of holiday radio programs and tuning out the background music playing in retail stores.  My friend Jenna shared the game with me and invited me to participate several years ago.  I responded by making a playlist of 6 different “Little Drummer Boy” covers and putting them on a repeating loop when she came over to my house.

I do get that having some kid banging on drums is the last thing a new baby or new mother might want in real life.  Fine, whatever, enjoy that brutal realism.  I’ve got enough other things to be cynical about — I prefer to be sentimental and sweet about this.

What I love about the song is that it speaks straight to the universal human feeling of not being enough.  It answers, “Of course you’re enough.  Just be you, and do what you do.  Thank you.”  It makes me cry every time I hear it.

I’d wager that most of us spend plenty of time afraid that we don’t have what it takes to meet the problems we’re facing in our lives and in the world.   Life is complicated.  The world is vast.  And what I have to offer usually seems pretty lame and ineffectual.  It’s not frankincense, myrrh, or gold, that’s for sure.  It’s just me and my drum.

Did you know that the first recording of “The Little Drummer Boy,” in 1951, was by the Trapp Family Singers of Sound of Music fame?  Neither did I.  Thank you Wikipedia.  It’s yet another reason to love it.

The 1968 stop-motion animated version isn’t the most popular of the traditional Christmas specials.  “The Little Drummer Boy” doesn’t get nearly as much TV time as Rudolph or the one with Heat Miser and Cold Miser.  Frankly, it’s not as good — overt religiosity works against it, and the whole story seems a tad forced, involving a kidnapping and a tragic chariot accident and a coincidental encounter with the famous Wise Men on their way to see the baby Jesus.

But the message is inspiring, nonetheless.  At the end, when the embittered orphan Aaron plays his drum at the Nativity, his pet lamb is miraculously healed, and his broken heart is healed at the same time.  One of the magi explains, “A gift given out of the simple desperation of pure love is the one favored above all…”

“Simple desperation” probably isn’t the phrase I’d use, but I understand what he means.  The wise man is talking about being “gifted” as an innate human quality, the simple gift that every one of us embodies.  It has little to do with mastery; maybe it’s even something like the opposite of that.  It is not the gift of knowing how to fix every situation.  It’s not about always saying and doing the right thing, being polished & practiced & sure of our expertise and preparedness for the challenges before us.

The gift he’s acknowledging is what emerges when we’ve worn out all our best strategies.  When our attempts to control things have fallen short or failed entirely.  When it becomes painfully obvious that we simply can’t force or manipulate conditions into the way we think they’re supposed to be.

It’s the gift of speaking truth with love and giving it what we’ve got.

“I have no gift to bring…” the drummer boy begins to protest.  Clearly, though, that’s nonsense.  He’s got himself, which is plenty.  Just like you and me — we’ve got us.  We can share ourselves.  And, oh my God, that is literally EVERYTHING.

You are Santa Claus and the Star of Bethlehem and the newborn Christ and Life Itself.  You and your drum, whatever it is on which you may be playing and whatever it is with which you’re drumming right now — politics, laughter, creativity, patience, empathy, commitment, sex, philosophical inquiry, sports, art, justice, rest…

Play your blessed hearts out because what the world needs from you right now is your heart.

That’s how we heal ourselves — inviting and allowing our wholehearted self-expression.  That’s how we nurture belonging and intimacy and genuine connection with each other, unstoppable and all-inclusive.  And it’s how we begin to create on purpose whatever comes next.  Hope begins here.  Peace begins here.  Love begins here.   Pa rum pa pum pum.

Join us for a beautiful live Zoom service on Christmas Eve at 6:00 pm.  We’ll have singalong carols and special musical guests including Patty Stephens, Carla Van Blake and Steve Terwilliger, Dianna Hughes, and Janna Nelson and Scott Hooker.  Have a candle handy so we can see each other’s lights shining together.  This link should take you there directly (https://us02web.zoom.us/j/86801952876), but if it doesn’t, you can visit the front page of this website (bosquecsl.org) and click on the banner on the front page.

When we describe something as “full of holes,” that means it seems unsound. Like an…

I read a sweet news item this week about an English village, Long Newnton, in…

Recently, I was introduced to the idea that there's a difference between a problem and…