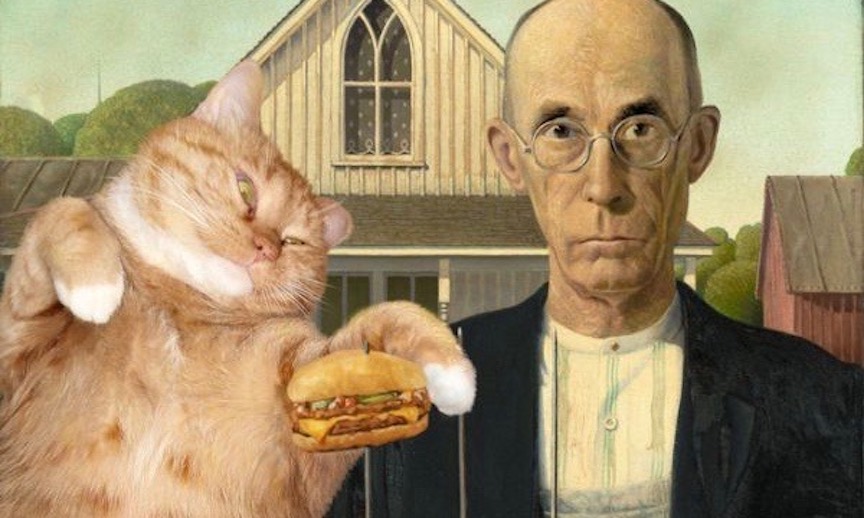 I love Matthew Inman’s comics on The Oatmeal.  They’re kinda neurotic and existentially angsty, but also quite good-natured at the same time, which is why they speak directly to my soul.

Saturday is my birthday.  For me, it’s a time of reflection and self-assessment.  Sort of like on new year’s, I consider where I’ve been and where I’m going.  I set intentions and make commitments as I contemplate the inexorable passage of time.

Because this is happening while everything feels upside-down, I’m thinking not just about my personal resolutions for what I’d like to create in the coming year, but also about the opportunity we have together to remake our communities and the whole world.

People are talking about what/how/when we might return to normalcy.  Some are speculating about what a “new normal” might look like.  Many have pointed out that our so-called “normal” didn’t really work all that well for a lot of folks, so maybe we can do things differently going forward.  Sounds good to me.  We could come back as a bird or a dolphin.  Or how about something fantastical?  Maybe we could evolve into new creatures that have never existed before.

For sure, in some ways probably we’d like to stick with that which truly has been satisfying and fulfilling — i.e. choose “cat” again.  The important thing, it seems to me, is to remember that we do have choices.

Remakes in art and entertainment tend to stir people up.  Usually, I really like them in music, especially when the genre or style changes — I’ve got bluegrass Led Zeppelin covers, and French django-jazz interpretations of 1980s American pop, and bossa-nova renditions of disco classics.

But sometimes I can be a little reactive when a movie gets remade, especially if I am emotionally attached to the original.  Or when a book that I love gets translated to the screen… Though I might look forward to it, I’m inclined to compare and critique rather harshly.  Then again, in some milieus, theater and all live performance I suppose, it’s pretty much always a re-make, right?  New works, night after night, are remaking themselves to stay true and alive.  Productions of previously-staged pieces get remade either to capture the spirit of the original, or to extract something new from it, or to reimagine it in a different cultural context.

And if remakes in art and entertainment are riling — eliciting strong opinions and reviews and comparisons — prompting groans of, “Why mess with a classic?!  Why would anyone change that?!” — it shouldn’t be surprising that remakes in life are even more loaded.

Again, it seems to me that the important thing is to remember that we have choices.  While it may in fact be desirable to opt for more of the same, it’s not all that powerful if it’s not a real choice, but merely a default.  The cultural and social contexts in which we live are constantly changing.  If we remake our same-old same-old selves unconsciously, or insist on preserving things for familiarity’s sake, we probably won’t enjoy the ride so much.

It’s pretty obvious right now that same-old same-old isn’t really an option, anyway.  So I’m trying to take this as a push for an even more extravagant remake.  Of course it can be deeply disconcerting to recognize that none us knows what any of it is going to look like.  But really, unpredictability and variability is always actually the case; we simply don’t notice it most of the time because we’re able to re-create life habitually on auto-pilot.

Perhaps, then, we can approach the uncertainty of everything these days as a call for a total remake, an invitation to wide-open imagination and vision.  More star-studded, more colorful, more fun!

Like Dolly warbling “Stairway to Heaven” accompanied by banjo and fiddle.  Or a gender-swapped, racially-charged King Lear set in the reconstruction south.  Or Spielberg’s new West Side Story film scheduled to release this December (I’m excited but very skeptical).  Or maybe better yet — something that hasn’t been written already, that you and I are creating and re-making as ourselves and with ourselves every step, every heartbeat, every day.

Join us online this Sunday, May 3, here on our website, on facebook, or on vimeo.  Stay safe, and take care.  XO, Drew

I’m not coming up with my usual smart answers. I’ve been racking my noggin’ to…

I had a dream last week in which I was on a horse, an imposing…

During last Sunday’s service I was leading a meditation, inviting myself and everyone to give…