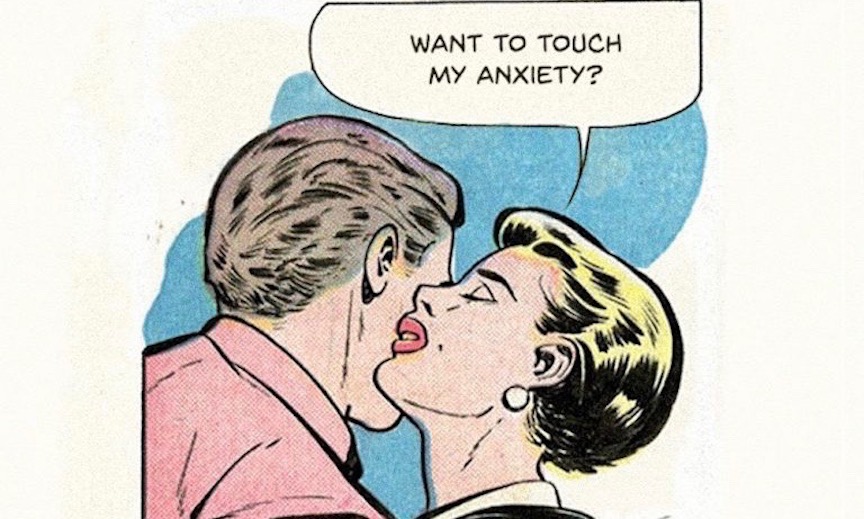 Using it as my title gives away the punchline to this silly joke —“What do you call it when an iguana has physical intimacy issues?” It’s an awful groaner, but it made me laugh. And after some consideration, I think it might be a pretty good shorthand for some of the problems we’ve been facing and still face as individuals and as a society these days: a reptile dysfunction.

I want to tread carefully here and make sure that nobody thinks I’m lending credence to the crazy “lizard people” theory. If you aren’t familiar with that, good for you. It’s a shockingly widespread idea that might be funny if it weren’t so dangerous. With evil roots in anti-Semitism, the “lizard people conspiracy” has been around for a while, most recently dovetailing through the QAnon cult. Please put me on record as stating that it is absolutely nuts to believe literally that blood-drinking shape-shifting reptilian humanoids from another solar system have infiltrated world governments in order to destroy human civilization.

It’s tempting just to aim the slur back at the white supremacist toxic masculinity culture that’s been spouting it. I want to scream at the hate groups and lawless militias, and those who fund and fuel them, “No! You’re the reptiles!!!” In fact, I do scream such things from time to time when I encounter their dead-eyed, cold-blooded inhumanity.

But, also, I think we all might benefit from a look at our own primitive lizard brains, our amygdalae. To look at how the instinctive fight-or-flight response informs our own participation in the world, especially in times of stress. How the basest, most thoughtless and reactive tendencies that we all embody can easily come to dominate our priorities, our communities, our organizations, and society as a whole.

It’s never just them. It’s all of us, to some degree.

We’ve all been overstimulated and amped-up in an atmosphere of mass fear, stoked by unremitting chaos, violence, and disinformation. Pretty much everyone is disoriented and unsettled by the shattering of cultural norms, the bald exposure of institutionalized injustices, and the calling-out of our own blindness and privilege. We’re reckoning with the fact that we ourselves have perpetuated broken systems of inequality at the same time that the vast majority of us have also been harmed in one way or another, manipulated into clannish prejudices and misplaced blame. Contempt for education and critical thinking over the past 40 years has blighted the free exchange of ideas so that the very things that could save us — a sense of community, shared responsibility, mutual respect, common vision — have seemed ever more rare and more difficult to access.

Yesterday’s beautiful ceremony was an extraordinary triumph, and I think that the entire world breathed a sigh of deliverance. Nevertheless, I think it’s fair to say that most of us are traumatized wrecks. And trauma doesn’t disappear in a day. And trauma (and post-traumatic realignment) doesn’t naturally call forth our strongest, kindest, most generous selves. Rather, it tends to bring out the lizard in us.

I began to write this on Tuesday, holding my breath and fearful of the news all day long. I wrote a little more on Wednesday afternoon, following the Inauguration of President Joe Biden and Vice-President Kamala Harris. I was struck by how very decent and noble seem to be these people we’ve elected. Lady Gaga sang the hell out of the national anthem. Amanda Gorman’s poem and delivery were awe-inspiring. I cried all day — mostly tears of relief and hope, daring to trust once again in the future.

AND… As I continue writing and rewriting this morning after, I am aware that all of that was just the beginning. Certainly, yesterday was a culminating moment. Overthrowing a dictator is no small thing, and we should celebrate. Still, we cannot be complacent. It’s not over. Healing and progress and the hard work of reuniting our national soul only now can commence.

Declaring Unity, proclaiming the triumph of Goodness and Light, is a powerful place to stand. AND it’s just the start of our creative process, not the final word on it. Actualizing unity, rather than simply lip-servicing it, demands that we be willing to speak truth and embrace complexity in an ongoing way. We shall heal if we’re committed to fierce conversations about accountability, and if we’re mature enough to pursue restorative justice.

I’m tired. Some of these tears are pure exhaustion. A big part of me wants to wrap it up, call it done, and move on, “Thank God that’s over. Hallelujah, all worked out! Democracy prevailed. Now can’t we all just get along again? Please join me in a chorus of Kumbaya.” But I suspect that this is what happens when my reptilian fight response gets tuckered out — my reptilian flight tries to get me to hide.

Of course we want harmony and peace. But I don’t believe that can happen authentically if we sacrifice integrity and honor, skittering back under our rocks.

I’m reminded of a quote which I saw attributed to Martin Luther King on his birthday this week: “Peace is not just the absence of conflict, but the presence of justice.” [After a bit of research, I found that Baruch Spinoza said this first, in the 17th century: “Peace is not the absence of war; it is a virtue, a state of mind, a disposition for benevolence, confidence, justice.”]

Not all lizardliness is overtly aggressive. Sometimes it’s exceedingly, excessively conciliatory. Sometimes the reptilian brain just wants to skip to the happy ending in order to avoid conflict and consequence. Of course, it’s especially egregious when those scrambling to a supposed moral high ground are doing so by stepping on the fingers and faces of those they’ve just harmed. But, again, it’s not just them — it’s all of us when we fail to reckon honestly with what’s been done, what we’ve done together.

So that’s where I’m at right now. I am hopeful, indeed, because now we can get to work. We can rise to the occasions before us, meeting challenges and making changes — not by resting on satisfied laurels but by engaging mindfully and truthfully in the ever-unfolding puzzle of it all.

“Somehow we’ve weathered and witnessed a nation that isn’t broken, but simply unfinished.”

That made me gasp — there were a lot of pitch-perfect lines in her poem — but this one really nailed it for me. It’s not finished. We’re not finished. And it and we aren’t supposed to be — we’re still here, doing and being and hoping and dreaming, falling down and picking ourselves up again.

My hope, my yearning, is for all of our next steps, individually and as a nation, to be guided by the more mammalian aspects of our being. Less lizard, more monkey.

We’ve evolved to be messy, social, reflective, and nurturing. I wholeheartedly believe that we can embrace a complex diversity AND our common good at the same time. We can acknowledge individual interests AND share responsibility for everyone’s wellbeing. We must learn to hold conflicts and disagreements within a remembrance of our ongoing creative collaboration and the abiding Love back of it all.

Join me online for music and message. New content every Saturday at 6:00 pm, here at BOSQUECSL.ORG and at VIMEO.COM/BOSQUECSL.

It feels like a new world. I can’t wait for us to meet it and make it together. XO, Drew

I’ve been re-watching The Great British Baking Show. If you aren’t familiar with the program…

At first, my title this week was meant to refer to the lenses through which…