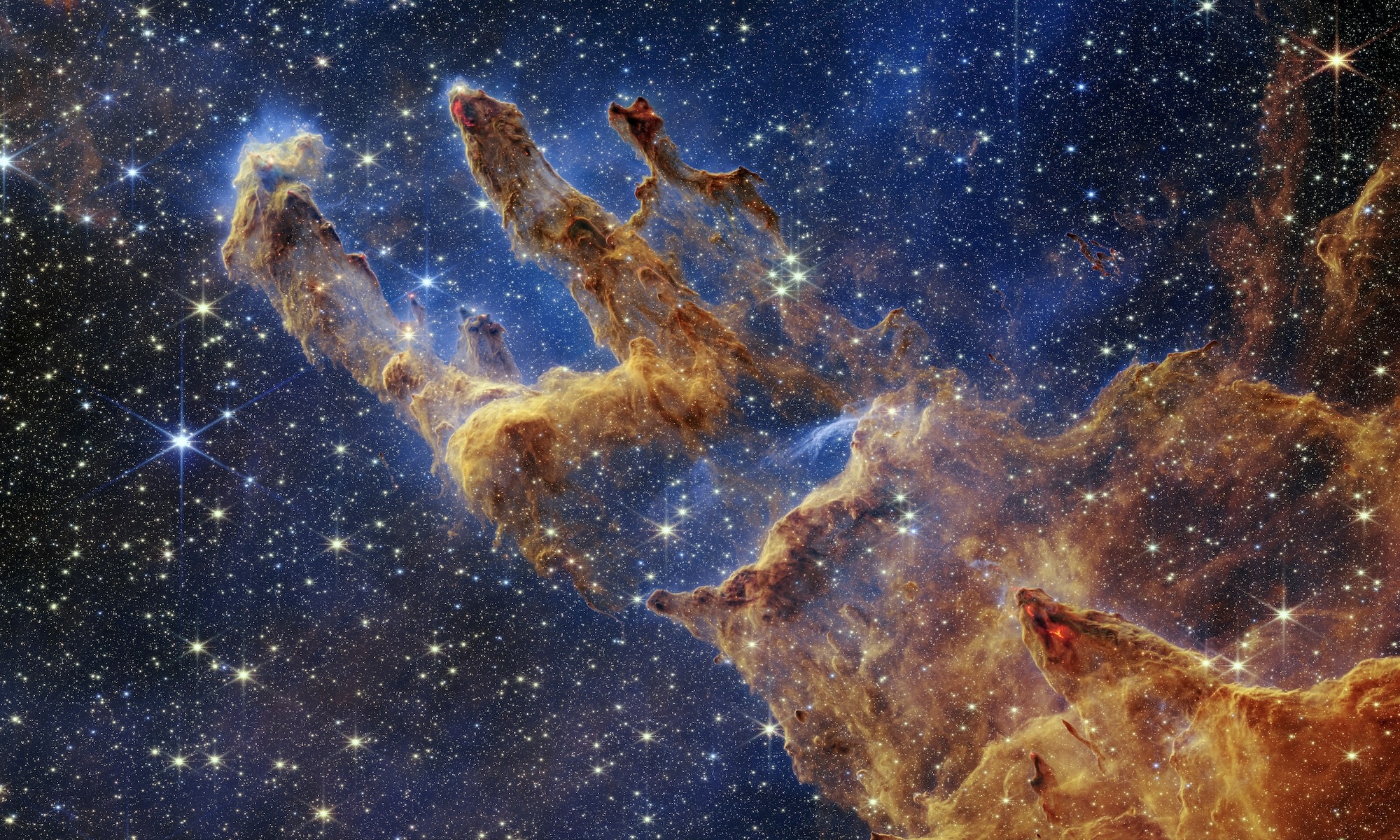 I was at the optometrist’s office the other day, having a routine exam. I asked the doctor about my “floaters,” the little specks and smidgens that float around in my vision a lot of the time. I think most of us have floaters that we notice at least occasionally. They don’t bother me much, but mine seem to have increased quite a bit in the past few years.

My optometrist explained, “As one adds life, the vitreous of your eye tends to contract. This means that with increased life, scattered clumps of collagen fibers tend to form in the vitreous, casting tiny shadows on your retina, which you see as floaters. Generally, the more life you have, the more floaters.”

It took me a second to get what he was saying because I was visualizing my eye-jelly shrinking and separating like the past-expiration-date jar of Smuckers grape in the back of my fridge. But when I finally heard him, I laughed out loud because I understood that he was using the phrases — “more life… increased life… adding life” — as euphemisms for aging.

Maybe it wasn’t exactly a euphemism. Perhaps it was, rather, a helpful re-framing. Because, even though I don’t usually think of it that way, it is what’s going on with all of us every day — we’re adding life.

We tend to talk about getting older in much less lively terms — ie: “she’s slowing down… he can’t do as much as he used to.” Which, obviously, might describe accurately one specific way of looking at the physical process. But I think we could be a lot nicer to ourselves by considering aging a matter of having more life, increased life, this astonishing and wondrous accumulation of life!

More life under our own individuals belts means that we have contributed more life to Life Itself, the life of the planet. Maybe we should practice thinking about it less like something we’ve consumed or used up, and more like something that we’ve gathered and shared and given. And something that we’re continuing to accumulate — more and more of It. Heck, we’re becoming great mountainous banks of the stuff.

Dia de los Muertos is a season to honor our ancestors and loved ones who are no longer with us in body. It’s a time to remember that our dearly departed ones can continue to be with us in spirit, if we open our hearts and allow. It’s a celebration of Life — Life that has been beautifully worn as physical form and now has transcended the merely corporeal. Life with us still — represented in color, diversity, food and drink, parades and costumes, music and dancing.

I love the idea that even death doesn’t stop this procession and progression of Life. That those who have come before continue to participate in our soulful, living activities right now. The veil can be thin. Time and space can be bendy. Life and death can dance at the same party.

I got the motto “BE KIND, REWIND” into my head a few weeks ago.

I don’t remember where I picked it up, but I was struck by its archaic obsolescence. In a few short decades, it’s become a phrase with which most young people probably are unfamiliar and which they might not even understand. For those of you with less life, I’ll explain:

Back in olden times, we rented movies to watch at home from video stores like Blockbuster and Hollywood Video. In the last two decades of the 20th century, before DVDs, which came before streaming services, our movies mostly were available on videocassette tapes. These were actual strips of magnetic tape that spooled between two reels in a videocassette player, which was hooked up to a television. At the beginning of a movie, all the tape was spooled on the left side. As it played, the tape would end up all on the right.

One thing that was really annoying with videotapes was when you’d get settled in with a warm bowl of microwaved popcorn, ready to watch, only to discover that the previous renter had left it at the end of the movie, with all the tape spooled on the right. You’d then have to squat impatiently in front of the player for five minutes or so rewinding the entire thing before you could watch it yourself. It was so irritating that some video stores charged fines to customers who returned tapes without rewinding them back to the beginning; this was justice. Most places put helpful stickers on all the cassettes to remind people. The stickers said, “Be Kind, Rewind.”

It sounds quaint and sing-song and old-fashioned and insignificant now. But I think at the time it did speak genuinely in a small yet important way to our sense of community and responsibility. We were all sharing these videos. Rewinding them after watching, before returning them, was a simple courtesy. It was a kindness. It meant caring about another person’s experience, another person’s enjoyment.

I think there’s also something about it that involved the continuum of time… [Bear with me here, I’m trying to tie it all together].

Maybe it’s something like planting trees today for future generations. Or remembering history so we don’t have to repeat it. Or recognizing that where we are today has everything to do with the steps of those who have come before.

Maybe it has something to do with Life — Life inexorably onward, including the past and present and future in something that is eternally Now.

I think I might have one too many different ideas simmering around in here, but I’m very hopeful that it will all gel (like my aging eyeball vitreous) into something coherent.

Even though Dia de los Muertos, officially, isn’t until November 1 and 2, let’s celebrate on October 30, since that’s our Sunday. We’re preparing a table on which we can all place images and mementos to honor our ancestors and departed loved ones. Please bring photos and items for our ofrenda. I can’t wait to be with you (and with all your beloved ones)! XO, Drew