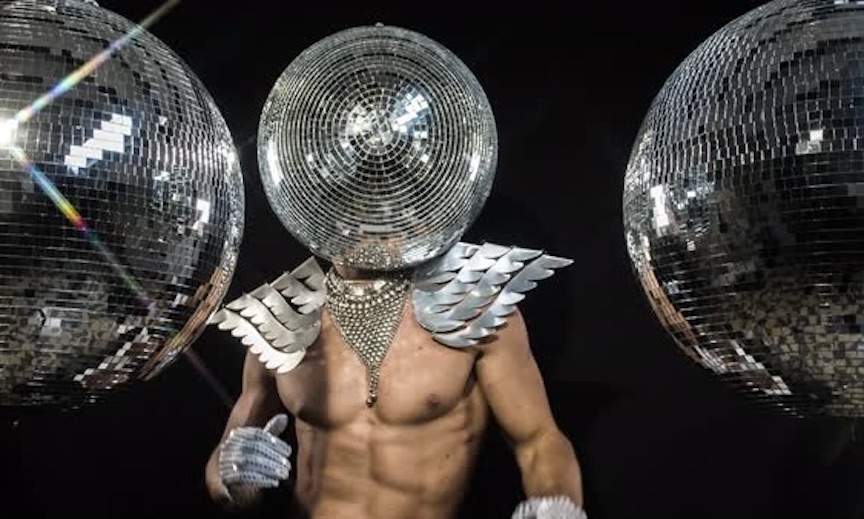 Travis and I just returned from an 8-night cruise down the Pacific coast, from Vancouver to Los Angeles. It was spectacular — the weather was perfect, the seas were calm, the ship was beautiful and appointed with every luxurious convenience, and we got to revisit several favorite places as well as fall in love with some new ones. I’d do the exact same itinerary again this week if I could.

There’s something about cruising that just propels me into utter vacation mode more quickly than other types of travel. From the instant we stepped on board, we were relieved of all concerns and responsibilities. We were surrounded by a capable crew eager to ensure that we were having a good time. Our only decisions entailed what to eat and drink, and in which gorgeous space we’d like to be taken care of as we relaxed. One day, I did face a conundrum: I wanted to do the 45-minute origami workshop AND I wanted to loll by the pool with a smoothie. Fortunately, I managed time to do both.

I also did a lot of dancing. There were some especially good musicians aboard, and we had an app that we’d programmed to alert us whenever they were performing in any of the various lounges. Often, when I’d show up to shake my thing, I’d find my new friend from Montreal, Caroline, already there. We discovered that any song can be a dance tune, and any space can be a dance floor. God, it was fun.

One new experience that I really enjoyed was “silent disco.” I’d never heard of such a thing, though I guess it’s been around for fifteen or twenty years. At first, I was rather skeptical. Participants wear wireless noise-canceling headphones with three different channels of music from which to choose. Together in one space, everyone dances solo, to the music piped directly into their own ears. About a third of your fellow dancers at any given time might be listening to the same thing you are. The others are hearing something completely different.

From the outside, watching, it’s pretty bizarre. I mean, I just didn’t get it — why?! But inside, wearing the headphones, in the crowd, it’s strangely liberating. There’s something about the bubble created by being only in your own music. The headphones are pretty good, so you can’t even really hear yourself or others singing along, so people do, loudly.

But it’s not just being in your own music — that’s the case on an airplane or any public place where people may be trying to tune out the ambient noise. Silent disco meant being in my own music while engaging intentionally with a crowd of strangers. It creates a peculiar dynamic of isolation and connection at the same time.

The first time I joined in I didn’t realize that the stations are color-coded — the headphones flash red, green, and blue — so you can tell who’s on your channel, and you can change your music to dance along in time with other people. I remember one moment in a sea of blue and green headphones, when I happened to be mostly-alone on red listening to ABBA’s “Voulez-Vous.” I saw a young woman on the other side of the dance floor, maybe the only other person wearing red headphones. Our eyes met, and we danced toward the center, singing: “Ain’t no big decision, you know what to do, la question c’est voulez-vous…” Before long, the entire floor had caught on. Everyone switched to red and we were all singing and dancing in unison again. For a little while…

But then pretty soon, someone caught a salsa track on green and people danced over that way. And someone else found “Moves Like Jagger” on blue, and there they went. It’s weird and awesome.

It’s a metaphor for something.

I can’t tell if it’s a metaphor for something troubling, like media bubbles — the filters and algorithms that shield us from different perspectives. Listening only to the station we choose, dancing only with those who have identified with the same bubble, separated from other discomforting realities and people that might challenge our assumptions and preferences.

Or maybe it’s a wonderful metaphor — listening to our own music, singing along at the top of our lungs, dancing our hearts out, finding our own freedom in that. While at the same time being with others, strangers and friends from around the world, all of them also wildly self-expressed. There’s plenty of commonality — we’re all here and now, we’re all doing this. And also a fair amount of difference — my dance moves won’t go along with what’s in the ears of two-thirds of the other dancers. And it’s all okay. Tune in to my station if you want, or I might tune into yours, or we can hold our own and still be together having a great time!

Since deciding on my title for this week, Dancing With Myself, of course I’ve had the Billy Idol hit in my head. Idol said it was inspired by kids in a Japanese nightclub in 1980 — a disco full of mirrors in which everyone appeared to be dancing alone with their own reflection, oblivious to the others in the space. It’s about a world of disenfranchisement and loneliness.

And the thing is, we do have that chance. Obviously. In fact, we’re dancing together right now. We’re dancing with others with whom we agree and disagree, with strangers and friends, with those who see the world very differently from the way we do, and with those who are listening to completely different tunes. Sometimes that looks and feels like isolation. Sometimes that looks and feels like transcendent connection. I think, in the end, how we experience it is almost completely up to us.

I can’t wait to be with you this Sunday, October 2, 10:00am at Maple Street Dance Space. With the divine Patty Stephens. XO, Drew