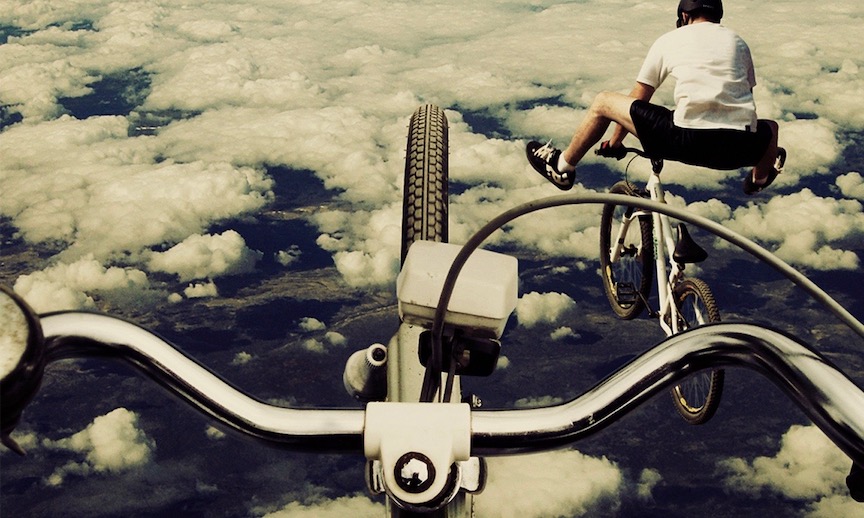 I just finished this lovely book by Jedidiah Jenkins, To Shake the Sleeping Self: A Journey from Oregon to Patagonia, and a Quest for a Life with No Regret.  The title is a mouthful, and the book is a heart-full.  It’s a memoir, the story of this young man’s dramatic decision to leave his job and embark on a 14,000 mile bike ride.   It takes over a year.  As you might imagine, he has plenty of time to think along the way.  He ruminates about his religious beliefs and faith, his sexuality, and his relationships with family and friends.  He camps and stays in hostels and with strangers who open their homes to him.   At times the story becomes a meditation on race, culture, money, and privilege.  It’s really compelling.

Because I borrowed the book from the library and didn’t begin to read it right away, I had to speed through in order to return it on time.  (They wouldn’t let me renew because it’s a popular title, one of the “best books” of 2019, so there’s a waiting list).   Probably, I’ll end up buying it so I can revisit some of Jenkins’s observations and the rich themes he introduces; I’d like to highlight all over it, write notes in the margins, and cover it with post-its.   In the meantime, I’ve got a few thoughts to share about a couple of ideas that jumped out at me:

First, there was an exchange early in the book around how one actually goes about preparing for such a journey.  Before he takes off — with remarkably little preparation — Jed is getting some advice from someone who has done a similar ride.  This seasoned cyclist tells him, “The worst thing you can do right now is to plan as if you know what you’re going to want down the road.”  (This is a paraphrase translated from a 1:00 am scribble on the back of an envelope on my nightstand, written with an old pen almost out of ink, but I think that was pretty close).  The experienced traveler tells him to be open to unexpected whims and fresh calls along the way.  “Let the land speak to you,” he says, “Don’t think that reading a map here in the Pacific Northwest is going to tell you what Central America is going to inspire.”  Also (I think this is the same guy but it may have been somebody else), he says, “If you decide to hitch a ride or take a bus, don’t get hung up thinking you have to prove something.  This is your journey, dude.  You get to choose how it goes.”

I found this advice so liberating and moving.  Also terrifying.   I’m a planner, and pretty organized, and I can imagine myself trying to plot a daily itinerary, through utterly foreign circumstances, thirteen months in advance.  But I can also see that while my sort of preparation might offer some sense of security, it’s not based in reality.  Because of course how can any of us really know what we’ll want a year from now?  How can we know, especially if we’re intentionally plunging into a life-transforming pilgrimage?  If we’re setting out to “shake the sleeping self,” who the heck knows what will be our heart-song when we wake up?

So there was that:  let the land speak, let the path unfurl, be open to sidetracks and byways and the call of the wild.

The second thing that jumped out, later in the book, was Jed’s differentiation between a goal and a dream.  This may have been a direct continuation out of the earlier conversation mentioned above, I’m not sure; the ideas seem closely related to me.  He distinguishes a dream as a big vision, a grand idea — probably not too specific because that would tend to box the dream into preconceived limitations.  Goals, on the other hand, are the actualizing details.  Goals are the plans to get us from here to there, the steps that we hope will further us along toward the fulfillment of our dreams.

What’s important to remember about goals, he says, are that they can change; indeed, they need to change as we acquire new information about ourselves and life and the world.

Our dreams, however, should be big enough and compelling enough to carry us through different, shifting goals.

I was reminded of a piece by Krishnamurti in which he speaks to the familiar adage: “all roads lead to Truth.”  Krishnamurti rather provocatively calls this utter nonsense — asserting that Truth is not a static destination, not a single mountaintop understanding to which we’re led, at which we can arrive.  Instead, Truth is our living and moving experience of it all.  Truth is the road, and the traveler on it, and the sights and sounds along the way, every encounter and interaction, the point of connection and discovery between being and becoming.

I wondered:  might we say the same thing about dreams and goals?  About the transformational soul-shaking journey of life.  About whether we choose to pedal our way uphill and down, or maybe thumb a ride sometimes along the way.

We can relate to goals and projects and undertakings as steps toward our dreams, intentional propulsions into whatever grand design and purpose we dare to envision and claim for ourselves.  But I think it might serve us better — it might be more empowering and less frustrating — if we considered that everything we already are, all that we’re already doing, wherever we are in it, is already an essential part of the dream fulfilling.

Maybe everyone and everything we experience and encounter is Life’s feedback and participation in our dreamy Truth, Life’s invitation to play in some way we hadn’t yet imagined.

Maybe our goals needn’t be like points on a map toward some distant dreamscape destination, but rather joyful impulses born out of the dream that we already are.

I can’t wait to be with you this Sunday, March 8.  It’s the beginning of Daylight Saving’s Time, so set your clocks ahead (ugh), pour a big coffee, and feel free to wear your jammies if you want!  Service at 10:00 am, at Maple Street Dance Space. XO, Drew

GOD AND OTHER GODS

“Don’t ask what the world needs.  Ask what makes you come alive, and go do…