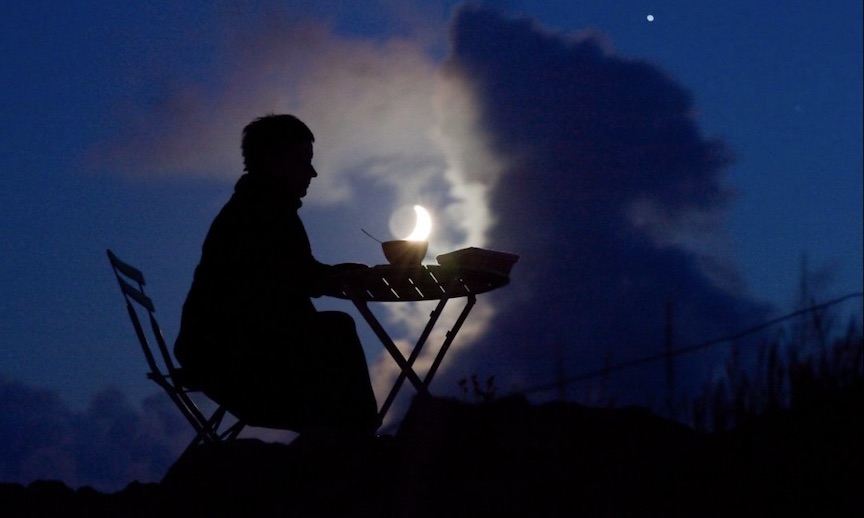 Earlier this week, Travis and I were grumbling about something annoying, and he said, “If we can put a man on the Moon, why can’t we _________?” The phrase struck me as one I’ve been hearing my entire life and never really thought about.

If we can do something that remarkable — if we can exercise such ingenuity and cooperation — if we can be so very smart and capable — if we can put a person on the moon…Well, then, it sure seems like we ought to be able to achieve just about anything. Just look at how amazing humans are. The places we can go, the things we can accomplish — wow!

The way we usually say it now, though, isn’t a statement of confidence and promise like that. Now, more often, it’s derisive. It’s a yardstick against everything we haven’t done. It’s become a testament to our failures.

The first person to say it was Lowell Purdy, Montana’s agriculture commissioner. In 1962, years before we actually landed someone on the Moon, less than a year after President Kennedy had first called for the Moon mission, Purdy was disgruntled about federal farm policies. Still, he expressed optimism for human capability, when he asserted: “Nothing is impossible in this age of miracles. If we can put a man on the Moon, surely we are capable of seeing that our temporary surplus agricultural products are placed in the many hungry stomachs of the world.”

Indeed. If we can accomplish one visionary thing, no matter how complicated, surely we can manage the logistics of another complicated thing. Anything is possible!

It didn’t take long, however, for the idea to devolve: If anything is possible, then why is so much still broken, wrong, and unjust? If anything is possible, then it seems damned inexcusable that we haven’t solved this problem, addressed that iniquity, ceased this violence. We turned our accomplishment against ourselves. Rather than inspiring further persistence, determination, and morale, it became a reason for discouragement.

Why the hell do we do shit like that?

I sure can see myself in it. Both regarding my personal performance — if I could do that, it’s indefensible that I haven’t done this. What is wrong with me?! And also in terms of how I think about human accomplishments, generally — what is wrong with us?! Everything we haven’t done, for whatever reason, seems to tend to outweigh and overshadow even our most tremendous achievements.

Maybe we think it’s because we don’t care enough, our priorities are messed up. Maybe we’re irredeemably selfish and greedy. Maybe it’s because we aren’t so hot as we thought — any good thing we did manage to scrape out probably was just a lucky fluke. Or maybe the problem is that while evidently we had some oomph back in the day, those good years are behind us, squandered, and there’s not much we can do now.

Clearly, there’s not a lot to be gained in such thinking. But I do think it can be quite helpful to notice and admit how we might be prone to thinking it sometimes. If we’re unconscious about it, it’s more likely to become a belief, and simply seem like the crummy way things are. If we pay attention, though, sometimes we can interrupt some of our self-defeating assumptions.

If we can put a person on the Moon, if we can save billions of lives through advancements in medicine, if we can create masterpieces of art and music, if we can map the human genome…

Also on the personal scale – if we can be be kind and generous even just sometimes, if we were able to rise to that occasion, if we overcame obstacles and despair and made it this far…

We can. We shall. If we really want to. If we set our hearts and minds to it.

To “promise the Moon,” means exaggeration or hyperbole. It means over-promising beyond what one can truly deliver. It suggests a set-up for a let-down.

But I’m wondering — what if we knew ourselves as people who could promise the Moon and actually make good on that promise? What if we consistently remembered and celebrated our potential as individuals and especially what’s possible when we get together. I mean, the Moon has already been delivered. We’ve already walked on it, for heaven’s sake. Imagine what else we might do…

Ernest Holmes said, “We are unfolding from a Limitless Potential but can bring into our experience only that which we can conceive.”

I can’t wait to be with you this Sunday, August 28, at 10:00am at Maple Street Dance Space. The astonishing Dianna Hughes will be our special musical guest. XO, Drew