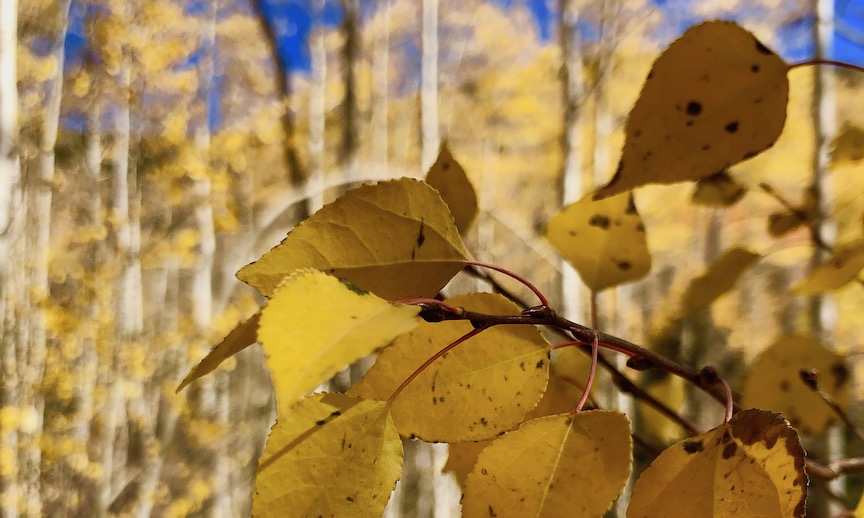 On one of our recent Zoom calls, we were talking about how much we all miss being “up close and personal.” Of course we do.

It’s been an upheaving damned year in a lot of ways, and restrictions on how we’ve been able to interact have been a big part of the unsettling. I’m feeling especially frustrated now to have practiced careful distancing for so many months and still see this recent rise in infection rates and a need for continued and perhaps even more stringent lockdowns. The fact that it was predictable doesn’t mean it doesn’t piss me off.

At the same time, a couple of counterpoints have occurred to me around this idea of “up close and personal.”

Honestly, in some ways I feel even more immediacy and proximity than I used to. I mean, not in every way. Obviously, not in terms of geographical closeness or actual physical hugs. And I don’t mean to dismiss or deny anyone’s experience of separation; I know that social isolation is real, serious, and can be harmful.

But the fact that I’m able to connect with people instantaneously no matter where they are or what kind of schedule they’re on, whether or not I’ve brushed my teeth or they’re still in their pajamas — that seems pretty darned close and personal to me most of the time. Sometimes, perhaps, too much so. There’s new meaning for me in the phrase “right under your nose,” as I’ve noticed that every blackhead and pore on my face appears gigantic when I lean into my laptop camera. Hooray for high definition.

Sure, it’s obvious that access to the latest communication technology is uneven — we’ve got work to do to make good devices and high-speed wifi available to everyone. And yeah, I know that not everybody likes it. But come on, now, let’s admit that not everybody liked the telephone when it first became ubiquitous. Myself, I resisted having a cell phone for a long time because I didn’t want to be available to everyone, everywhere, at all hours.

So I stand by my assertion that “closeness” isn’t really the problem for most of us these days, unless we’re really committed to making it an issue. In the 1980s, AT&T’s slogan was “reach out and touch someone.” Truth is, we can do that more effectively now than ever before in human history.

I’ve been thinking about the Tower of Babel story from Genesis. You remember that one, right? The people are building a city with a tower, a tower so tall that it will reach Heaven. God comes down to check it out and worries that folks are getting too big for their britches. God is concerned that if people have learned to cooperate so effectively, they might become too confident and powerful. So He inflicts upon them different languages. Whereas before they all spoke the same tongue, now they can’t communicate. The tower project falls apart and everyone scatters across the land. The biblical account is only 9 verses, but it looms large in my childhood memory as a cautionary tale about hubris, the arrogance of humanity trying to reach beyond its place. Though my edition of The Good News Bible doesn’t call it a “curse,” it sure sounds like one.

Now, though, I’ve got to question the basic premise that diversity is a PUNISHMENT. Really?! I just don’t buy the idea that having multiple languages, different cultures, different ideas, and different ways of communicating is a bad thing. In fact, I would argue that such complexity isn’t an obstacle to reaching heaven; ultimately, our complexity is our key to heaven.

I posed this theory to an instructor in ministerial school and was told that I had completely missed the point. I wish I’d told him, “If you believe that there’s only one point to a story like this, then I think you’re the one missing the point.” Seriously, dude, there are a lot of points!

There are over seven billion human viewpoints on the planet right now. There are about 6,500 different languages being spoken. We are far flung and scattered in every way — physically, ideologically, spiritually, emotionally, culturally… With different priorities and different plans to actualize our dreams. Each of us has a singular background, an individual perspective, and unique gifts and passions to bring to the world.

THIS IS NOT A BAD THING. This isn’t a punishment for presuming to try to reach heaven. I think, instead, we could read it as an opportunity and invitation to CREATE heaven.

But not a heaven somewhere up in the clouds atop a single-minded homogeneous tower. Rather, heaven here on earth as an intentional connection across and through everything that might at first appear to divide us.

Maybe physical distancing in the coronavirus pandemic of 2020 is part of our own Tower of Babel story.

We crave intimacy. And I think a lot of us feel like that’s what we’re missing when we can’t be physically up close and personal. We want to be heard and seen and understood, and it seems like that kind of intimacy is easier to create and experience when we can snuggle up together. Maybe it is, in some small ways. But I don’t think our small ways are the only thing being called for right now.

The problems that we’re facing and the solutions we need are not going to be discovered at the level of the individual. As nice as it is to snuggle — to connect because we feel like we’re on the same page speaking the same language — I believe that we’re being called to a broader coalition, a wider and more inclusive connection. We are not going to heal the world with one shared idea about the economy, the environment, healthcare and education, equality and justice. We need a whole lot of ideas — contradictory ideas, different vantages, diversity and multiplicity of opinion and being and action.

Whew, this is wordy. It’s like my one clear thought got scattered all over the pages by a divine smite… Okay, then. I’m just going to leave it here and see what speaks and in how many tongues.

Join us online for my talk and music by Patty Stephens. New content available every Saturday night, and on demand forever after, at BOSQUECSL.ORG, VIMEO, and FACEBOOK. Love you, friends! XO, Drew

First, an update about mask-wearing at Sunday services… We’ve been feeling our way through this…

A headline in the Washington Post jumped out at me this week: “Creativity may be…