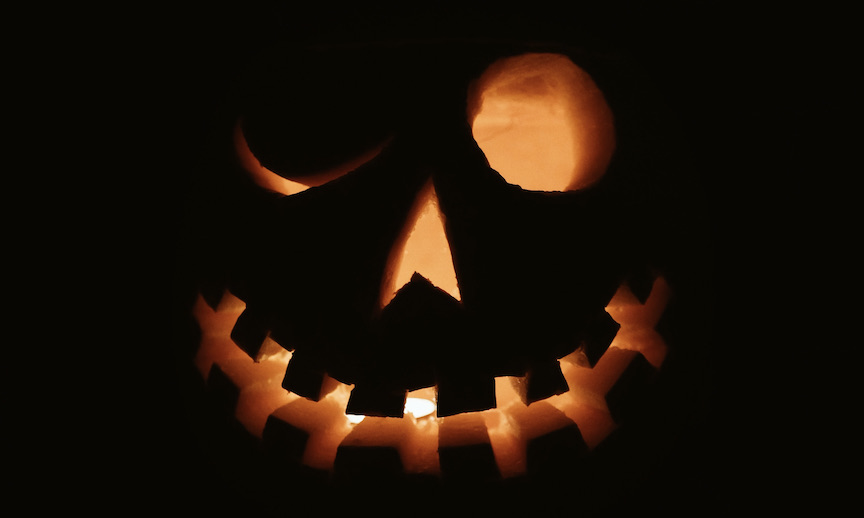 I don’t use the word “hallow” much.  Almost never.  I might change that.

There’s the familiar idea of hallowed ground, of course, but I don’t believe that I’ve ever described anyplace as such.  And I know “hallowed be Thy name” from Christianity, but the phrase sounds pretty stiff and archaic to my ears, certainly not something I’d say outside the specific context of the Lord’s Prayer.

I really can’t think of any other idioms or applications for the word.  Except for Hallowe’en, of course, which is why I’m chewing on it now.

My two examples use the past tense of it.  Things have already been hallowed.  Hallowing is something that happened before, been arranged or taken care of or determined by someone or something else.  Which makes it seem like our current opportunity regarding these hallowed things is to participate in them only after the fact.  A place, a ground, has been hallowed, and I can go there or not.  A name, an idea, is hallowed, and I can speak it with reverence and prayerfulness or not.

Which is fine.  There’s nothing wrong with honoring passed-down traditions around what’s sacred.  But that doesn’t have to be the whole story.  We don’t have to relate to it like that, or not only like that.

WE CAN HALLOW STUFF.

To hallow means, basically, to make holy.  To recognize or declare something as sacred.  Interestingly, it comes from the same Proto-Indo-European root for health — “whole, uninjured, of good omen.”

Still, though, I think there might be some power in approaching life with a sense of our own creative juice to make it holy.  To actively participate in making it sacred and special, to lift it up and lift ourselves up in the process…

Because even though we might acknowledge the already-hallowed True Nature of It All, that’s usually more theoretical and idealistic than anything like our actual experience.  My everyday relationship with the world is that there are some aspects of life that feel a hell of a lot more holy than others.  And what do we do with those parts of life that don’t really seem like Divine Perfection?  That’s the rub.

If our tenet is just to say that it’s all already hallowed, then it might feel as if our spiritual practice is simply about getting with the program.  Like — there’s something wrong with me that I’m not already seeing the shimmering Oneness of everything all the time, so I’d better fix that.

We could take a slightly different approach, though, and say — sure, it may all be perfect in the Mind and Heart of the Infinite, but down here in reality, we’ve got a ways to go, so I’m going to do my best to hallow the shit out of it.

Maybe it’s some of both.  Both looking for what’s already bright and beautiful — AND — doing our best to sacralize the rest.  Maybe that’s the same thing, and I am just mincing words after all.

Join me this Sunday, October 31, 10:00 am at Maple Street Dance Space.  Music by the incomparable Patty Stephens.   Wear a costume if you like!   XO, Drew