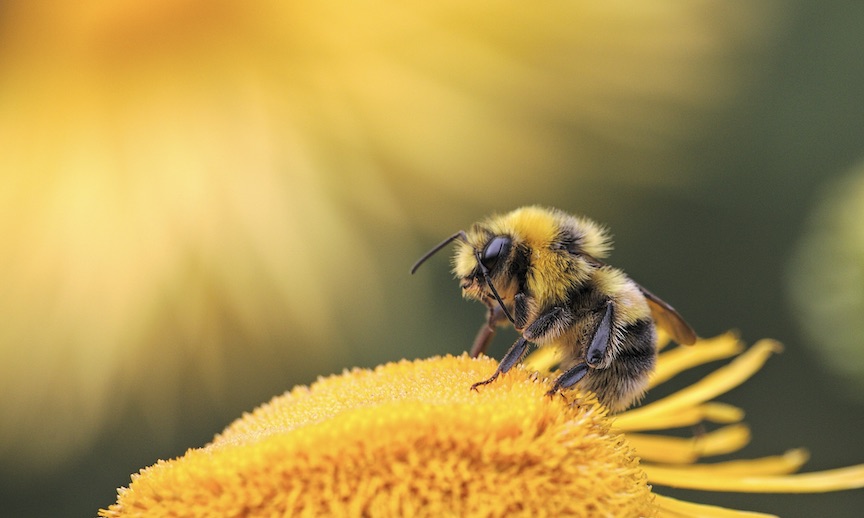 I read a sweet news item this week about an English village, Long Newnton, in Gloucestershire. They had a problem with speeding traffic. According to digital signs they’d installed which recorded and alerted speeders, more than 90% of motorists were routinely exceeding the limit And the flashing cautions didn’t appear to be making any difference whatsoever.

Meanwhile, in an unrelated initiative, to improve biodiversity in the area, officials had planted wildflowers along the roadside. Happily, these flowers accomplished what warning signs could not. Drivers slowed on their own, appreciating the beauty of the flowers.

The community has decided to use public funds designated for traffic-calming measures toward the planting and care of more roadside flowers instead of more signage. Because that’s what works.

I’m a big fan of positive motivation. Encouragement over threats. Rewards more than punishment. It’s definitely what works for me. Every personality and aptitude test I’ve ever taken for school or for a job has reported something like, “Andrew responds much better to praise than to criticism.” I’m always like, “No duh!” I didn’t need a psych eval to tell me that.

I mean, who doesn’t respond better to praise than to criticism?!

Sure, some fear of negative consequence might motivate us in the short term. But it does so by undermining our sense of peace and harmony with the world, feeling at home in our lives. Negative motivation is mostly effective only insofar as it’s able to make us think there’s something wrong with us. Which sucks. And, for me anyway, it rarely sticks.

Lasting behavioral changes and healthy new habits are much more likely to be fostered by highlighting my freedom to choose them. Personal transformation is more heartily engendered by that which emboldens my own sense of creative partnership with the world. By that which affirms my gifts, talents, and passions. That which invites me to slow down and see the pretty flowers rather than threatening me with a ticket if I don’t.

Of course I’m not saying that we don’t need speed limits. I’m not anti-law, anti-regulation, or anti-government. Good god, no.

But I know that my own strong preference is to be encouraged by positive reinforcement, not shamed by admonishment — to be rewarded for my own initiative and inspiration rather than bullied into someone else’s idea of how I should do or not do something. Acknowledging this, I’ve gotta admit that a lot of the ways we perpetuate our societal rules and interpersonal norms tend to be damned de-motivating and de-moralizing. Literally, damning.

The village of Long Newnton kept the flashing speed sign. I think the flowers got people to slow down enough to notice it, to consider it, to care.

The phrase, “You catch more flies with honey than with vinegar” is an oldie. It’s an Italian proverb, printed as early as 1666, but almost certainly more ancient than that. It’s timeworn because it’s true. We’re more likely to get the results we want by being kind, polite, and generous of spirit.

I do wonder, though, why anyone would want to catch flies…? I guess it refers to bait traps, catching flies to do away with them. Which seems like maybe not such a great adage if we’re using it to describe how to motivate people.

We could, instead, talk about attracting cuddly pooh-bears with honey. And hummingbirds, and people who like things sweet. We could call forth our Honeys with honey. We could catch our best selves and the very best in each other. We could break out the honey just to get folks together enough to notice, consider, and care.

I can’t wait to be with you this Sunday, August 7. With special musical guest, Amy Blackburn! 10:00am at Maple Street Dance Space. XO, Drew

When we describe something as “full of holes,” that means it seems unsound. Like an…

Recently, I was introduced to the idea that there's a difference between a problem and…